Popcaan's Annual Back to School Treat A Success 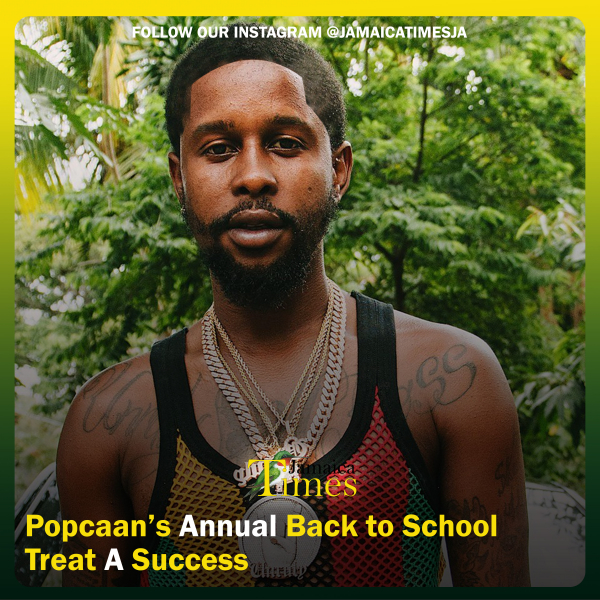 MORANT BAY, St Thomas — Even though dancehall artiste Popcaan was not there to personally hand out goodies at his annual Off 2 School Fun Day, the event was a big hit among the hundreds of children who benefited.

"Mi di wah see him but mi nuh really feel nuh way because him always deh here and we grateful cause him still provide," said Latoya Williams, as she, her son, and cousins patiently waited in line to collect school bags.

They were among the crowd who turned out for the event at the Rudoph Elder Park on Thursday. To make the wait easier on the children, 25 volunteers handed out snacks and treats such as snow cones and cotton candy.

Volunteer Kadeem Cooper was in high spirits as she explained the sense of pride she gets from being able to give back to her community.

"It is just something I have always done… mi do this so that other people can benefit," she said.

Also among the volunteers was Jermaine McPherson, a barber from Seaforth. He spent the day giving free haircuts to all the boys who requested it. He has been volunteering with the Popcaan Care Foundation since it was first staged in 2018.

"Every year it gets bigger and bigger… Last year, we gave away 700 bags; this year we giving out 1,000," said event co-organiser Sharon Williams.

"Him love him likkle home parish," she said of the entertainer. "And that's why we have Unruly Fest here, that's why he does everything that he does here.

She also took time out to express gratitude to sponsors such as Bashco which provided the school bags at a discounted price, Clarks Original out of the UK, and Seprod which provided a variety of snacks.

"I have to say that we really appreciate Seprod... Without any asking, they have come and set up and they are giving away," said Williams.

As rain clouds gathered overhead, threatening an early end to the day's events, she and other volunteers efficiently distributed school bags to children who were present.

Popcaan came to prominence in 2010 with his mentor Vybz Kartel on Clarks.