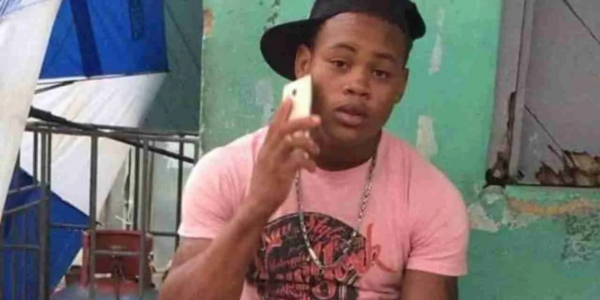 Rushane Barnett, the man who pleaded guilty to the murder of a mother and her four children in Clarendon, has been charged following an alleged confrontation with cops at the Half-Way Tree lock-up.

The police report that the incident occurred as personnel sought to recover contraband Barnett allegedly had in his possession.

Head of the St Andrew Central police division, Senior Superintendent Marlon Nesbeth, told The Gleaner that items, including a cell phone, were seized.

He, however, did not reveal the other items.

Barnett was charged with assaulting a police officer and possession of contraband arising from the incident, which happened on Tuesday.

“There was an altercation in the cell amongst some prisoners, a general disturbance, and an inspector intervened. In the process, the person realised that Rushane Barnett was acting suspiciously so she interfaced with him, he got boisterous, she called for help and they searched him and found contraband items on him which included a cell phone,” he said.

According to him, Barnett assaulted the policewoman and threw “an item that had some juice in it” at the other cops.

Nesbeth said his team handled the matter professionally, adding that Barnett was not hurt in the altercation.

He said he will be placed before the court to answer the charges.

"We were able to manage the situation so it didn't have to reach at any conflict," he said.

They were discovered inside their Cocoa Piece home in Clarendon with chop wounds and their throats slashed on June 21.

The prosecution is seeking the death penalty for his crimes.

More in this category: « Jamaican Drug Dealer Gets Nine-And-a-Half Years in British Prison Clarendon Massacre accused Rushane Barnett to be sentenced today »
back to top