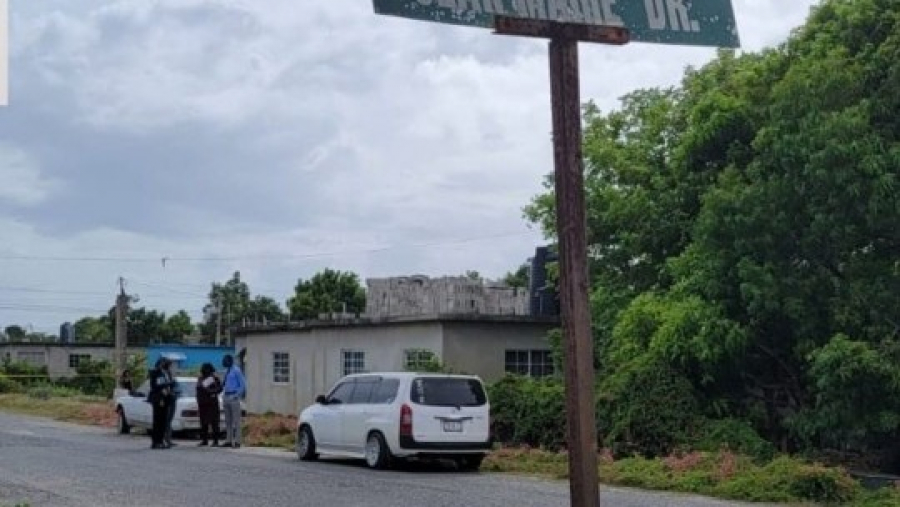 The police have identified the men whose bodies were found inside a car on Portmore Villa Boulevard as 27-year-old Andre Dixon a businessman of McVikers Lane, Spanish Town in St. Catherine and 48-year-old Ricardo Gordon of Madrid Avenue, Homestead.
Published in News
Read more...
Thursday, 16 June 2022 13:30 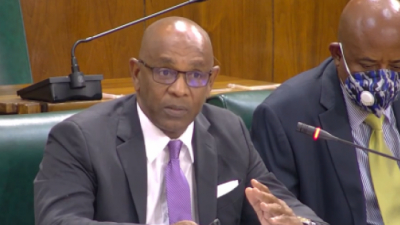 The National Parent-Teacher Association of Jamaica (NPTAJ) wants fines for teachers who practice without a licence to go up to $2.5 million.
Published in News
Read more...
Monday, 13 June 2022 17:32

PNP Opposed to Changes in the Bail Act 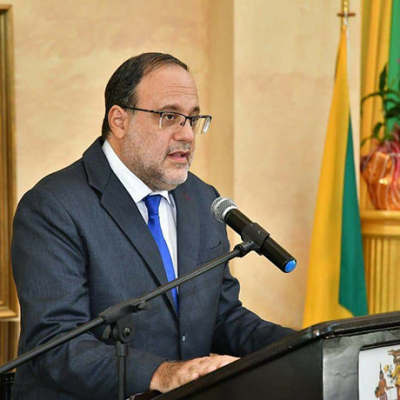 People's National Party (PNP) President Mark Golding has declared that the parliamentary opposition will not support proposed changes to the Bail Act that will prevent persons charged with murder and gun crimes from getting bail.
Published in News
Read more...
Monday, 13 June 2022 17:10

SERHA Saddened by Death of Board Member, Omar Francis 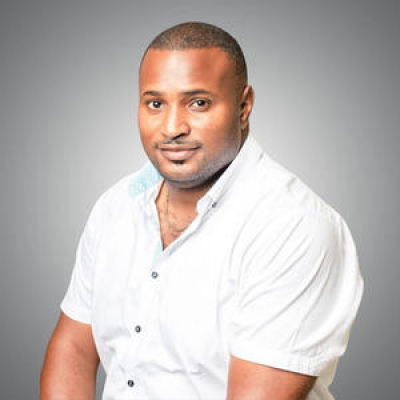 The Board and Management of the South East Regional Health Authority (SERHA), is deeply saddened by the death of board member, Mr. Omar Francis, who died in a motor vehicle accident today (Monday, June 13, 2022).

Mr. Francis was appointed to SERHA’s board in December 2020 and served as the chairman of the Spanish Town Hospital's Management Committee. Through his sterling leadership, the hospital has made several achivements to its infrastructure and services, which will not be forgotten.

Mr. Wentworth Charles, Board Chairman, SERHA, expressed sadness at the news of the passing of Mr. Francis. “It is really a sad time for us, for the staff, the team at the Spanish Town Hospital and the Health Ministry. He will be long remembered for his kind-hearted spirit and for his dedication towards fulfilling the mandate for a better health care system.”

The Board and Management of SERHA extend sincerest condolences to the family and friends of Mr.Francis.

May Almighty God give rest and peace to the departed soul. 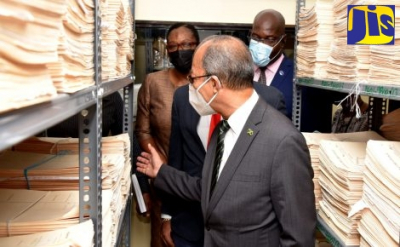 Minister of National Security and Deputy Prime Minister, Hon. Dr. Horace Chang, says he is pleased with how the initial phase of the rollout of the Station Records Management System within the Jamaica Constabulary Force (JCF) has been progressing.

The police are probing a suspected bail racket following the arrest and charge of a woman by the Area 2 Police, last week.

The US Justice Department has increased its requests for Jamaican fugitives wanted for serious crimes in that country, including lottery scamming, money laundering, kidnapping and sex crimes.
Published in News
Read more...
Monday, 13 June 2022 09:29 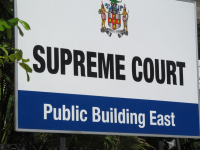 Prime Minister Andrew Holness has sought to assure those concerned about tougher crime measures being contemplated by his administration, saying there's no intention to proceed unreasonably.

The government recently announced that it was seeking to prevent persons charged for murder and gun crimes from getting bail.
Mr Holness, speaking Sunday at a meeting of the governing Jamaica Labour Party's  Area Council 2 in Sydenham, St Catherine, acknowledged that there is fear that legislative changes are meant to take away the rights of citizens.
He stressed however that the changes proposed by the government will only apply in limited situations.
Mr. Holness noted that the new Firearm Act is now before Parliament and the Bail Act will be laid soon.
He added that the government will next be seeking to address the issue of  the use of  emergency powers, through a new statute, the Enhanced Security Measures Act, which will incorporate some of the measures that were previously imposed under states of public emergency.
If included in the new law, he said these measures "would help us with the control of the criminal terrorists in our midst."
Courts
Mr. Holness, seemingly anticipating the possible response of judges to challenges to the new law when enacted, said the courts need to take into consideration the national sentiment in relation to the state of  crime in the country.
The judicial system "should take note of the frustration of the people," he suggested, adding that "justice is blind... but it should not be deaf."
Published in News
Read more...
Wednesday, 01 June 2022 14:15

Jamaica Zoo has been ordered closed by the National Environment and Planning Agency, NEPA.

In a historic first, a jury sitting in the Supreme Court has convicted a lottery scammer in Jamaica.

The man, Kemar Townsend, was convicted this week in the St. Catherine Circuit Court of lottery scamming and money laundering.

The trial, which lasted two-weeks, was presided over by Justice Bertram Morrison.

The jury returned the unanimous guilty verdict after deliberating for less than an hour.

The complainant, a seventy-two year-old United States citizen, testified that she received several telephone calls from at least two persons informing her that she had won the lottery: a total of US$682-million, three motor vehicles and $297,000.00 USD in refund.

She testified that she was instructed by one of the callers that the funds were being housed in Jamaica and therefore she had to send money to Jamaica to claim her prizes.

The complainant on 3 separate occasions sent money to a local bank account held by the accused, Kemar Townsend.

Townsend gave evidence that he thought the money received in his bank account were sent by his lover who resided in Switzerland as his lover would usually send large sums of cash to him.

He further testified that he did not know that these sums were sent by the complainant nor that they were criminal property.

He indicated that he was expecting funds from his lover around the same time that the complainant sent the money to his bank account.

Alromeo Pringle has been charged with the murder of Rochelle Glaze, who was found buried in a shallow grave in Cardiff Hall, Runaway Bay, St. Ann on Friday.
Published in News
Read more...

Man arrested in Westmoreland in connection with gun seizure

A man was arrested in Cornwall Mountain in Westmoreland on the weekend in connection with the seizure of a firearm and several rounds of ammunition.
Published in News
Read more...
Friday, 27 May 2022 15:06

LOCAL Government Minister Desmond McKenzie announced on Wednesday that his ministry will be spending $370 million to patch and rehabilitate roads in urban, high-traffic, and large residential areas, under a parochial road patching programme.

Hinds, who was councillor/caretaker for the Southborough Division in the St Catherine Southern constituency, was shot dead just as he was about to enter the Portmore toll road at the intersection of Marcus Garvey Drive in his Honda CRV.

Hinds, a major JLP organiser in Portmore and the wider St Catherine, was shot by men driving motorcycles. It is believed he was trailed by the motorcyclists.

The incident caused a massive pile-up of traffic entering the toll road as police processed the crime scene. Police later asked motorists who are heading towards Portmore, St Catherine, from Hagley Park Road in Kingston, to divert to Spanish Town Road. 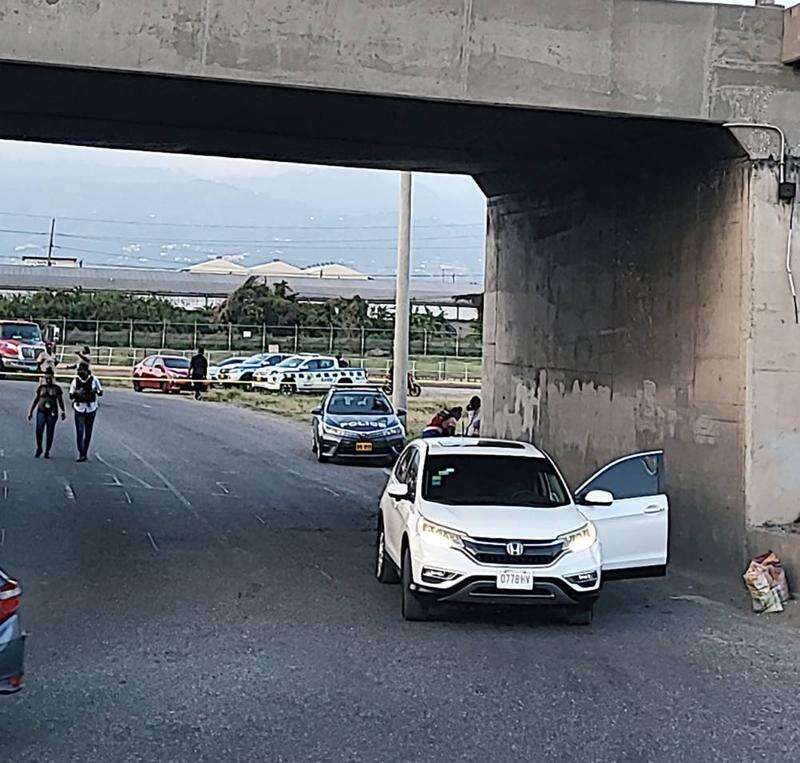 Commenting on the murder on Twitter Thursday night, Government Senator Natalie Campbell-Rodriques said: “I am sad! I cannot believe that Lennox Hinds is gone. A life taken just like that. May his soul rest in peace.”

“Lennox Hinds. Jah Jah!!!!!!,” was the reaction on Twitter by Robert Morgan, the information minister.

Hinds was employed to the Island Traffic Authority as a motor vehicle examiner.

In 2007, he was charged with murder following the killing of a man and injuring of two other people in Portmore. The incident occurred during the run-up to the general election that year.

Royal Caribbean Cruise Line has confirmed that its ship “Harmony of the Seas” crashed into the Falmouth pier in Trelawny as it attempted to dock on Thursday.

In videos posted to social media, cruise ship passengers could be heard screaming as the ship made contact with the concrete mooring pylon.

“During arrival in Falmouth, Jamaica, Harmony of the Seas made contact with an extension part of the dock,” a statement from a Royal Caribbean representative read.

The spokesperson also reported that the ship sustained only minor injuries to its stern which was repaired the same day.

It’s unclear how much damage was done to the pier and what provisions would be made to repair it.

No injuries were reported.

The ship left Jamaica at approximately 4 pm Thursday as it continued its sailing schedule.

Harmony of the Seas is the third largest cruise ship in the world, weighing in at 226,963 tons and carrying up to 6,410 passengers.

The Port Authority of Jamaica said that they will be releasing a statement in short order.