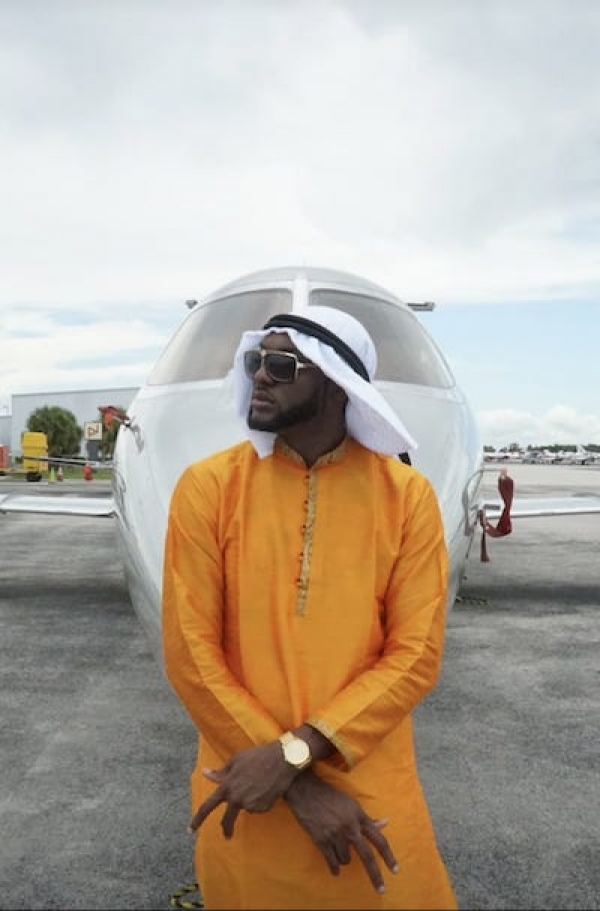 The streets have been responding to dancehall deejay Iyara's new image, lyrical content and branding since his departure from the Alliance several months ago.

The artiste's latest music video, 'Rich and Wealthy', released on the Peterkey Music Production on Friday afternoon, has had tongues wagging and sparked speculation that the artiste's new label shelled out a staggering amount of money to produce a lavish music video that features private airplane rides, shiny luxury cars and a jaw-droppingly beautiful palatial home. Some fans have even done their own calculations and believe that the price tag of the music video is in the "multi-million dollar" range.

In the video, Iyara is dressed like a dapper Arab sheik with the white headpiece and robe photographed on the second floor balcony adorned with expensive paintings. Other scenes show him sipping expensive liquor on a private jet and rolling deep in a shiny drop top luxury car. All these accoutrements show that Iyara has done a major upgrade with his career since forming a musical partnership with US-based indie dancehall label, Peterkey Music Production.

The production costs of the video puts the video in the category of the "one of the most expensive dancehall videos ever made".

Iyara formed part of the Alliance Next Generation camp in 2011, and he is known for songs like 'Clue', 'Pressure Cooker' and 'Nah Dweet'. The deejay has decided to take a more commercial approach to his career to develop his growing fan base in the USA.

More in this category: « JAHVY INKS DEAL WITH WESTERN SPORTS Andon and Open Soul team up for 'Give It to You' »