JLP's Bumper Conference Could Be Last Before General Elections 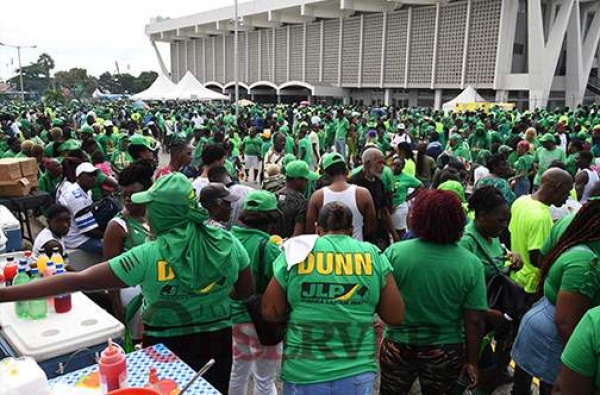 THOUSANDS of Jamaica Labour Party (JLP) supporters who filled the National Arena yesterday for the party's 76th annual conference may have left disappointed that there was no indication of an early general election.

The huge turnout, high spirits and general camaraderie suggested that there might have been some special announcement intimating the likelihood of an early election. However, party leaders skipped around the issue, urging Labourites to prepare in the meantime.

Prime Minister Andrew Holness's address seemed intent on energising the crowd for something special, but in a wide-ranging 60-minute-long speech, while he was able to hold the attention of the crowd by addressing the crucial issues, he gave no indication of an early election.

When Holness spoke he admitted that his Government was not without its challenges, including issues relating to corruption allegations.

“It is not for want of putting in the legislative and institutional processes. They are there. But you have to bear in mind that we are also very new on the scale of dealing with anti-corruption issues. So there is a learning curve that we are going through,” he stated.

He added that what is important is that the Government supports the development of the institutions which can accelerate very quickly on that learning curve, and that the Government does not intervene or interfere — a message which he said he was also sending to the Opposition People's National Party.

“The Labour Party is ready to take on a second term to work in your service. And very soon we will have everything in place. And when everything is in place, you will see me reach for this bell,” he concluded, as he held on to a bell, the symbol of the governing party.