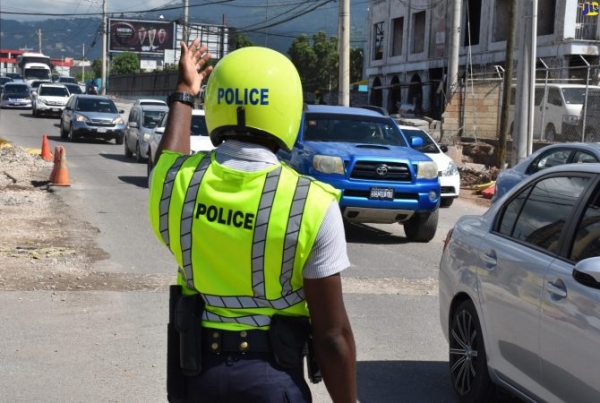 The Constable, who was conducting traffic management duties at the intersection, reportedly signalled the driver of a Toyota Wish motorcar registered PJ6379 to stop, after the driver
committed a traffic infraction. The driver reportedly slowed down before accelerating the vehicle into the path of the Constable, running him over and crushing one of his legs. He is being treated
for injuries at hospital.

In the meantime, the High Command is urging the driver to turn himself in to the Police immediately.

More in this category: « Baby stolen in October, found UK govt showing no signs of reprieve in deportation of Jamaicans »