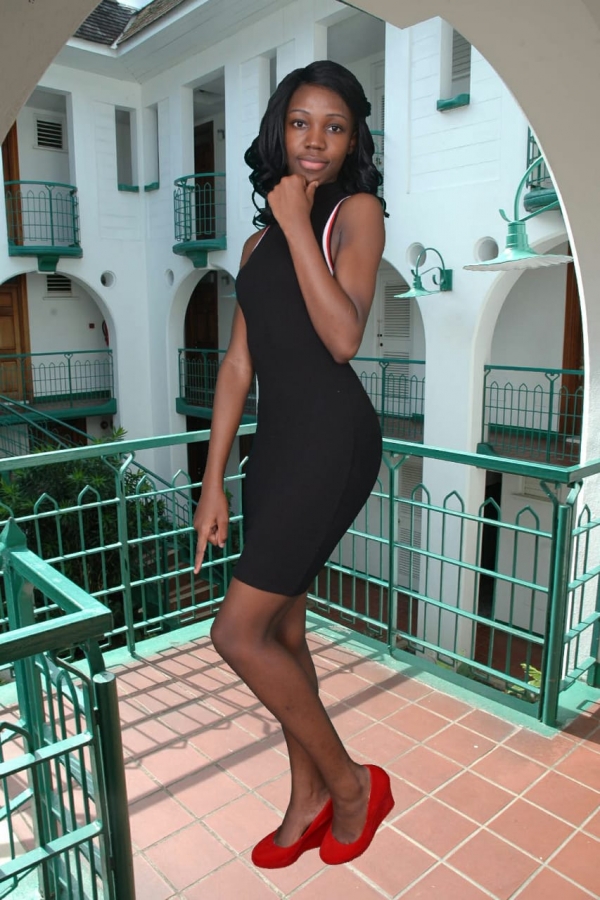 Dancehall singjay Hawaiian Rose is upbeat about the prospects of her debut single,'Don't Waste Time', which was released on the Trillionaire Records label on all major online distribution platforms in September 2019.

"The feedback from the street selectors has been good so far and I am looking forward to hearing the song on the radio for the first time, but right now, I am focussing on getting it in the dances, and on mixtapes, bringing it straight to the people," Hawaiian Rose said.
Asked about the origin of her unusual monicker, she said: "The word 'Hawaiian' means "a female flower" and roses are my favourite flower so it seemed like a great idea to pair the names to show the quality of my music and who I am: classy, fashionista lady but one of quality and elegance, no raunchiness, or lewdness."
Born Xavier Woolery on February 2, 1998 in Spanish Town, she was  raised in Charlemont Housing Scheme in Linstead, St. Catherine. She is the only child for her mother.
She grew up singing in the church where she joined and excelled as a member of a children's group. At 16, she began writing songs using her own experiences as creative fuel for her writing.
After graduating from the Bog Walk High School - now renamed Edith Bennett High School - she became more active, performing at  small concerts, church functions and also in her community. At age 20, she summoned the courage to write and record her first song, 'Dont Waste Time' under the Hawaiian Rose moniker.
She plans to shoot a video to promote the project.
Read 546 times Last modified on Thursday, 17 October 2019 21:39
Tweet
Published in Entertainment

More in this category: « All set for Kanye's Pop Up Concert at Emancipation Park Beenie Man's girlfriend to enter representational politics »