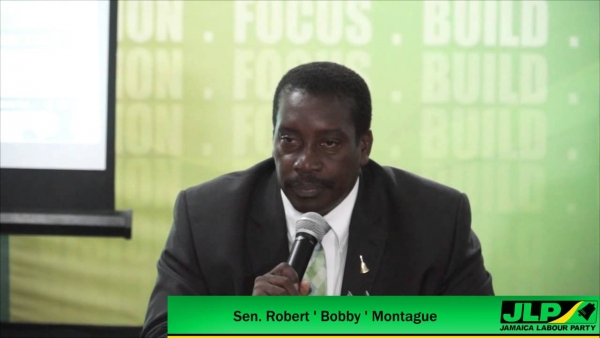 The Jamaica Labour Party is fine tuning its political machinery in preparation for the next general elections which are constitutionally due by February 2021.

Chairman of the party Robert Montaque said the secretariat had settled on candidates for an additional 8 constituencies. He said work is taking place to resolve representation in other constituencies.

“I sat with the General Secretary and over the last few months the party has been doing the work necessary to ensure that the party has a full slate of candidates,” he said.

He was addressing a JLP Area Council meeting in Manchester on Sunday, August 18.

Meanwhile, Cabinet Minister Kamina Johnson Smith in her address to the meeting urged JLP workers and supporters to ensure that as many of the party’s well-wishers as possible are enumerated before September 29 this year. She said that persons who do not meet that enumeration deadline will not be eligible to vote if an election is called before the end of May 2020.

She said she had no idea when Prime Minister Andrew Holness will call an election but she urged supporters to put the party in a winning position by ensuring eligible voters are enumerated.

She urged JLP supporters to be vigilant as the opposition People’s National Party was becoming desperate for state power.