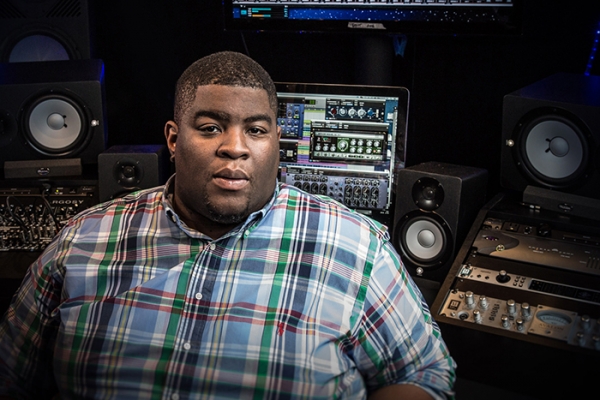 All lyrical guns will be blazing during the inaugural Jamaica leg of the Red Bull Culture Clash, scheduled for the National Arena in St Andrew on Saturday, November 2.
The launch was held at R Hotel in New Kingston last Thursday, but it is Billboard-topping Jamaican producer Rohan 'Jah Snowcone' Fuller who will be launching an attack come November 2 as a member of American super  producer Grammy Award-winning producer Salaam Remi's high-octane, superstar mash up dubbed 'Do It For the Culture'.
"Dweet fi the culture is Salaam's way, and our way of saying we are doing it for the cultuure for years. We stick to the roots of music, reggae, we stick to the roots of dancehall, we support it from America. Salaam is a hip hop producer and he has supported dancehall right though the years," Rohan 'Snowcone' Fuller told Jamaica Times.
"Salaam has done productions like 'Here Comes the Hotstepper', dancehall remixes likeToni Braxton and Cobra, couple Shabba, Super Cat's 'Ghetto Red Hot', Mega Banton's 'Sound Boy Killing', a hip hop producer who fuses the culture, he listens nothing but 70s and 80s and 90s reggae and dancehall. Our thing is about the culture, it is just music and the better sound win, we're doing it for the culture and we're coming to entertain the people."
The Do It For The Culture will be led by Remi with support from dancehall star Spragga Benz, sound-system owner Jack Scorpio (Black Scorpio), Jah Snowcone, and ­international disc jockey Disco Neil.
"All of us have been rolling for over 20 years. We have an all-rounded team, it’s not just a hype. Me and Spragga, Bambino and David Sanguinetti, Jack Scorpio as a mentor to the whole of us, Salaam's father, Vaughn Gibbs, Edison who is from Belize, that is the crew right there. Mega Banton, High Plain Drifter who passed away, that's where it is coming from. Big ups to Red Bull for providing a platform for us to show the world that this is our culture," Snowcone said.
Other teams include Badda Bling, DJ Antsman and Bishop Escobar who  complete the unit of Romeich Entertainment; Strike Force, comprising Jada Kingdom and Govana; and Riddimstream Platta, which has King Bubba, Willy Chin and Barrie Hype.

The use of profanity is not allowed in the competition.

Jamaica has been successfully represented at previous Red Bull Culture Clash events. Popcaan and his Unruly team won the 2016 renewal in London. The deejay's team included Whiz Kalifa, Spice, Tony Matterhorn and Kranium. In 2018, Kranium and his High Flyers Crew flew the flag high and grabbed the top spot in Atlanta, Georgia.

First held in 2010 (there was a hiatus in 2015), Red Bull Culture Clash is billed as 'the world's biggest musical battle'. The event is inspired by Jamaican sound system clashes from the 1950s.

More in this category: « DAVIANAH DEFENDS THE 'MY MONEY' PENSION Tessanne and Brandon Tie The Knot »