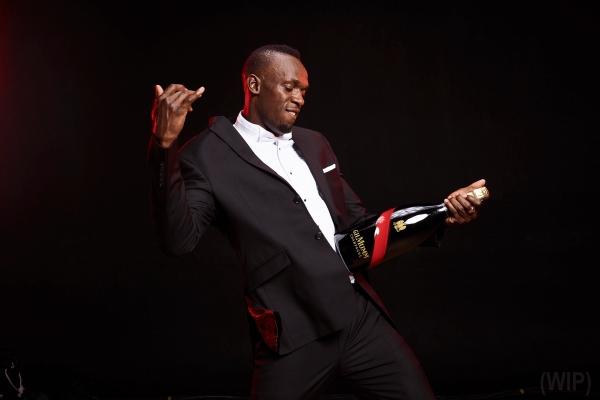 WORLD record holder and eight-time Olympic gold medallist Usain Bolt and Glenford Christian, founder and chairman of Cari-Med Group of Companies, are expected to be bestowed with the 2019 International Humanitarian Award on Friday in New York City.

Described as icons of philanthropy in a release from the Embassy of Jamaica in Washington, DC, the two will be presented with their awards at the 2019 Hummingbird Gala, American Friends of Jamaica (AFJ) has announced.

“Change does not happen in silos, it requires all of us to raise our hands, roll up our sleeves, and find meaningful collaboration to help those in need,” said AFJ Executive Director Caron S Chung. “AFJ is pleased to honour two deserving icons who are affecting and inspiring change.”

This year's honorees were nominated by the AFJ board of directors in recognition of the impact they have had in philanthropy, and to highlight their success as well as the significant contributions they have made to economic development in Jamaica.

The release said the event will showcase the AFJ's work in Jamaica and is a time to celebrate the achievements of Bolt and Christian. The evening affair, to be held at Cipriani 42nd Street, will begin with cocktails, followed by a “unique” auction collection and a four-course dinner, culminating with an entertainment package.

Prime Minister Andrew Holness is expected to deliver the keynote address at the gala, where the Jamaican ambassador to the United States, Audrey P Marks, will be among the special guests, the release said.

Established in 2011, the Usain Bolt Foundation is committed to a legacy for happy children. Its goal is to enhance the character of children through educational and cultural development, as they live their dreams. The foundation supports the Jamaica Special Olympics, hosts an annual Christmas treat in Sherwood Content, Trelawny, and has funded The Walker's Place of Safety and other worthwhile projects.

Cari-Med Foundation was established with a mandate to positively impact early childhood education, health care, and community building. Over the years, the foundation has contributed to numerous health initiatives at hospitals across Jamaica, including the Hope Institute — an institution that offers palliative and curative care for cancer patients, the release said.

The first major initiative of the foundation, according to the release, was the building of a state-of-the-art infant school in a rural community: The Evelyn Mitchell Infant School and Centre of Excellence. It was designated the first early childhood centre of excellence by the Ministry of Education. This template was replicated in an inner-city community in Kingston with the construction of the Union Gardens Infant School, with support from a coalition of private and public sector organisations.

The release said the annual New York gala is an opportunity for the Diaspora community, supporters, and friends with an interest in Jamaica to give back to Jamaicans in the areas of education, health care and economic development. Past honorees have included Patricia Chin, VP Records; Dennis Lalor, Insurance Company of the West Indies; Kenny Benjamin, Guardsman Group; and activist Harry Belafonte.

Founded in 1982, American Friends of Jamaica is a charitable organisation built on the principles of service and philanthropy. AFJ works in a collaborative effort with Jamaican organisations and stakeholders to bring about change in the lives of Jamaicans in need. The AFJ annual grant cycle begins at the end of each year, followed by a competitive application and review process. The release said to date, AFJ has presented grants of over US$14 million.