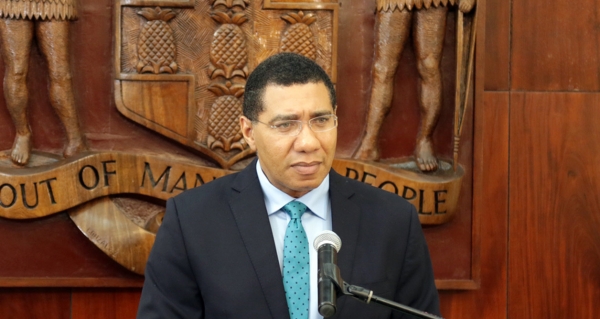 Prime Minister Andrew Holness says the Government will address the concerns raised by stakeholders on the proposed integrated development of the Bernard Lodge Area.

The Prime Minister says the Government is committed to the sustainability of the environment. He says the present issues at Bernard Lodge include an illegal sand mine, illegal dumping, irregular settlement, cannot continue unabated.

On Wednesday (October 16), Prime Minister Holness along with Government Officials toured the Bernard Lodge area in St. Catherine and met with the stakeholders to address concerns that have arisen.

“So, the concerns that have been raised about the development have all been taken into consideration. It is important however that the stakeholders, the people who are raising concerns, the people who have issues, that they get a chance to meet with the policymakers and the planners. So, my visit here, is no impromptu, [but] was designed to give an opportunity to the stakeholders to express directly and for me to see first-hand some of the issues,” said Prime Minister Holness.

In that regard, Prime Minister Holness stated that the Government's comprehensive development plan aims to positively impact the area by minimizing environmental and municipal issues that are prevalent with lands that are developed incrementally.

According to Prime Minister Holness, the Government will develop appropriate strategies to relocate persons who are currently utilizing the land.

In the same breath, Prime Minister Holness explained that in relocating persons, the Government intends to have their economic prospects improved.

The Prime Minister stated that the Master Plan for the integrated development of the Bernard Lodge area is the first of its kind to include residential, commercial, agriculture and agro-processing.

Major investors are planning the develop agro-processing businesses within the Bernard Lodge area from which farmers in the area will benefit.

“This is the kind of development that we want to see, that development will serve almost like a mother father because the people who are currently farming now will be properly relocated, properly equipped with proper infrastructure that they will be able to supply this agro-processing establishment and there are other major agro-processing investments to come,” said Prime Minister Holness.

More in this category: « Bolt, Christian to receive humanitarian award Jacques Road gangster killed while taking his baby to the doctor »