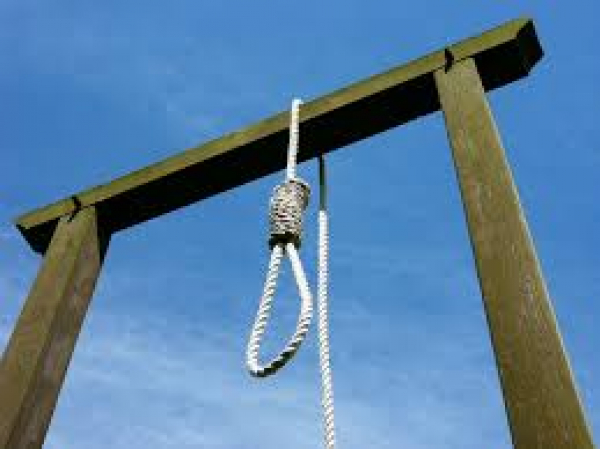 Former National Security Minister, Robert Montague,  earlier this week called for the resumption of hanging in an impassioned plea, as the House of Representatives debated and passed the Firearms (Prohibition and Regulation) Act, 2022.

Based on the provisions of the Act, persons convicted of gun crimes face a mandatory minimum sentence of 15 years and up to life in prison.

But, with the rampant criminality in the country and with murders averaging in the region of 1,300 per year, Montague believes the punitive legislation, as described by National Security Minister Dr Horace Chang, does not go far enough.

“We must resume hanging without delay,” he declared during his contribution to the debate, while telling his fellow parliamentarians to vote to remove it from the law books if they believe otherwise.

In justifying the call for a resumption of hanging, Montague suggested that it would be a deterrent to the country’s high murder rate. He pointed to an analysis of the murder figures that shows that in the 25 years from 1962 when Jamaica became an independent nation, to 1987, some 7,447 murders were committed in the country at an average of 297 persons per year or 14.1 murders per 100,000 inhabitants.

“Please note that in the second 25 years we saw more access by the population to better education, better healthcare, counselling and psychological support. Yet, the only difference is that we have stopped hanging and we have created a murder factory,” Montague stated.

He argued that the statistics show that hanging is “fit-for-purpose for Jamaica”.

“It might not work elsewhere but this 50-year study has clearly shown that hanging keeps murders low in Jamaica,” he remarked.

“With five gallows, most areas will be within one hour of one of them. So as the judge pass sentence, straight to the gallows you go. And you must be hanged by your neck until you’re dead, dead, dead or until yuh teeth kin,” the former security minister said.

“If we don’t want to hang, remove it from the books,” Montague told his fellow Members of Parliament.

He asserted that “There’s a conspiracy of vested interests not to hang but they’re not bold enough to bring that amendment on the floor of this Parliament and remove it. If we don’t want to hang tek it off the books”.

Until that time, Montague said: “We must hang, shoot, inject or electrocute them...We cannot cherry pick which laws we’re to obey, the vast majority of Jamaicans support hanging yet some powerful and influential people don’t want hanging and we’re not obeying the law. Then we wonder why we have a crime problem in this country when we cherry pick which laws to obey”.

“It cannot be so, let us hang them or remove it from the books,” he insisted.

More in this category: « Mama Lou, Jamaica's oldest resident, has died Murders Continue to Rise in Jamaica »
back to top