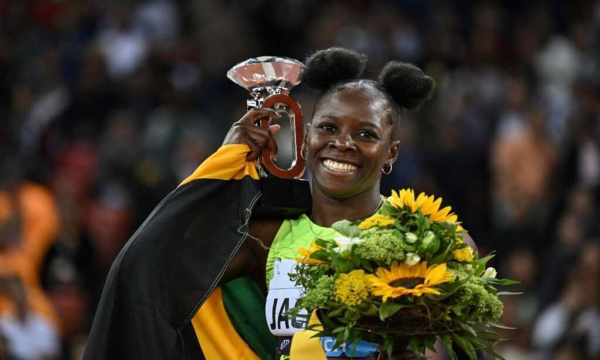 Jackson won the 200m at the Zurich Diamond League, the final of the 13-meet series at the Letzigrund Stadium.

Americans Gabrielle Thomas ran 22.38 for second and Tamara Clark, 22.42 for third in the event.

Jackson is very satisfied with the victory. “I just wanted to come out here and take the win and run as fast as possible,” she said.

“I had the 100m in my leg. My season was magnificent. I have run so many fast times. It is a wonderful year for me. I am just grateful for everything that happened,” concluded Jackson.

More in this category: « Fraser-Pryce focused on running 10.5 seconds in 2023 Iceland's Heimir Hallgrimsson expected to take over as Reggae Boyz head coach »
back to top