We Still have Work to Do – Minister Vaz 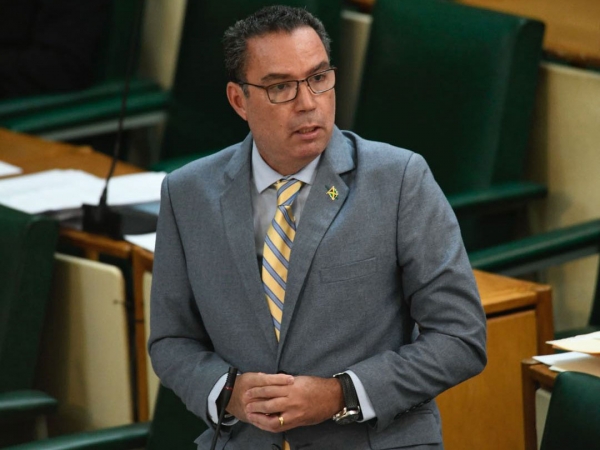 Minister without Portfolio in the Office of the Prime Minister and Chairman of Jamaica’s National Competitiveness Council, the Hon Daryl Vaz has welcomed the movement of four places in the recent Doing Business Report published by the World Bank.

Minister Vaz applauded the efforts of the relevant Government agencies that have led to Jamaica’s improved performance.

Notwithstanding the improvement however, Minister Vaz, has noted Jamaica still has much work to do in ensuring that the country’s business environment is competitive enough to allow businesses to grow.

“I want to commend the work of the various public entities that have made the four point jump possible; I believe it reflects the commitment to change the way we do business in Government and deliver services that will facilitate greater economic growth.  However, I also want to point out that it is only just the beginning of what needs to be done to reduce the bureaucracy and make it easier to do business in Jamaica,” said Vaz, who took up the mantle of Chairman just over two years ago.

The Minister reiterated the position of the Prime Minister at a Special Meeting of the Council last November, where Government agencies were charged to embrace the changes required to reduce the bureaucracy given the Government’s commitment to the transformation of the public sector.

“Just yesterday, the National Competitiveness Council met and reviewed a list of reform initiatives that agencies have agreed to implement to effect the necessary improvements, and we are currently awaiting review and approval for funding to be identified,” Vaz noted.

Minister Vaz was referring to the funding of the country’s Business Environment Reform Agenda, which was developed in consultation with the World Bank as the most impactful set of reforms for the Government based on global best practices and potential impact on the ease of doing business.

The Council is structured to monitor and report to Cabinet on the progress of implementation, holding implementing agencies accountable for commitments to reduce bureaucracy.

At the last quarterly Council meeting held in July, the private sector council members – PSOJ, JMEA, Jamaica Bar Association and the Bankers’ Association – gave their commitment to playing an active role in the process to identify and monitor reforms that can positively impact business and drive economic activity.

The Doing Business Report, which is published annually by the World Bank, is based on reports from private sector stakeholders as well as the Government.  In addition to moving up in the rankings, Jamaica also recorded a two-point jump in its Doing Business Score moving from 67.47 to 69.7.

The National Competitiveness Council was established in 2010 as a private-public consultative body mandated to identify, drive and monitor the implementation of business environment reforms by Government’s various implementation Agency.