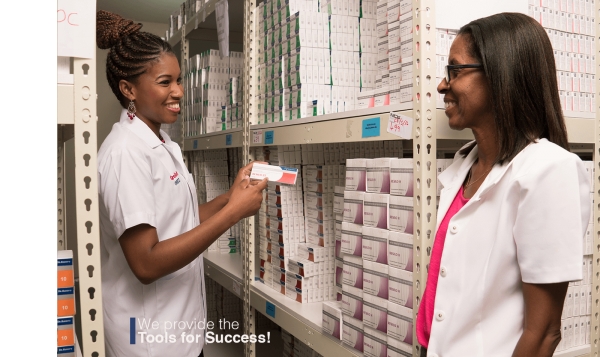 HEALTH care and consumer products distributor, Kingston-based Medical Disposables and Supplies Limited (MDS) is reporting a slight decline in net profit for the current quarter compared to the quarter ended June 30, 2018.
During the quarter, the company allocated greater resources towards increased business activities, market research, and promotion.
"Profits before tax decreased mainly due to the volatility of the foreign exchange and the further devaluing of the Jamaican dollar which continued from last year into this year's first quarter. Calculations suggest that given a normalized situation, profit before tax would have exceeded that of the corresponding period," Kurt Boothe, general manager of MDS, told Jamaica Times.


Net profit before tax declined marginally by 2.8 per cent to 18.6 million when compared with the corresponding period last year, while net profit after tax dipped 15.8 per cent to 16.09 million, compared to the $19.1M posted for June 2018. The marginal declines were attributed to the high levels of non-operating expenses, and the fact that company is in its sixth year of being listed on the Junior Market of the Jamaica Stock Exchange, and is now subject to fifty percent (50%) income tax remission as at December 24, 2018.
However, there were many positives which augur well for the future.
"Infrastructure increased by 20.8% mainly to aid our productivity and improved efficiencies. A new warehousing area was added and other facilities improved . This is in line with the company’s growth and future outlook plan. Most notably, we’ve improved our IT systems solutions to aid real-time decision making," Mr. Boothe said.
Total assets increased by 20.8% or $284.5M from $1.368B to $1.652B. The Company’s inventories and other receivable and prepayment balances increased as a direct result of the expectations of added business opportunities. These assets were supported by shareholders’ equity of $775.30M
and liabilities of $877.5M, which grew by $83.07M or 12% and $201.4M or 29.8% respectively.
There was a marked 19 per increase on market research and promotional activities aimed at the consumer division and the implementation of infrastructure needed to improve sales growth.

"With the planned expansion of the Consumer division, the company deemed it necessary to invest in a number of research initiatives to pilot the process of widening the product range. In addition, the existing products in this segment that were relatively new to the portfolio, required promotion for market penetration. It should be noted however, that the company is still well within its targeted spend for the year, " Boothe revealed.
"This realises an increase over the previous quarter as a greater portion of resources have been allocated for the first quarter, to prepare for a guided roll out of products before year end."
The company generated sales in the first quarter of $557.23M, reflecting a modest growth of $16.12M or 3% over the corresponding quarter in 2018. This performance was attributed mainly to price adjustments, given a dip in unit sales across our consumer product lines.

Despite the modest sales growth, there was a marked improvement in gross profits at $141.08M for the quarter, which represents an increase of $24.2M or 20.8 % over the $116.78M for the corresponding period in the previous year.

Operating expenses of $102.4M increased by $16.80M or 19.7% over the $85.6M for corresponding prior year period. This movement was due mainly to costs associated with increased business activities, marketing research and promotional activities aimed at the consumer division in particular, and infrastructure needed to be in place to improve the sales growth overall.

Non-operational expenses were $12.5M increasing by $7.9M or 64.9% to $20.15M over the corresponding period in the previous year; which was accentuated by foreign exchange losses of $9.4M owing to the devaluation of the Jamaican dollar in relation to the United States currency for the review period.

"On behalf of the board of Directors, I wish to express our gratitude to our valued customers and shareholders for their loyalty and continued support, to our suppliers for the confidence displayed in us and to the MDS team for their consistent hard work and dedication throughout the quarter," Boothe concluded.
Read 468 times Last modified on Tuesday, 05 November 2019 15:01
Tweet
Published in Business