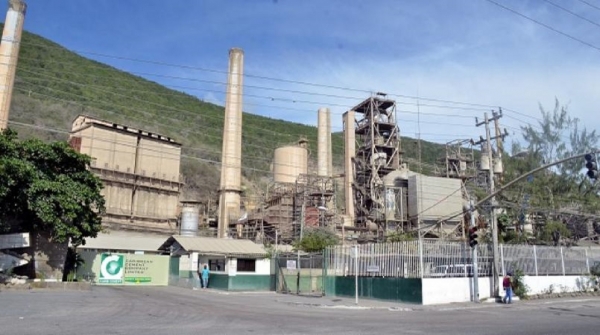 Caribbean Cement Company Limited has continued its robust growth with revenue for the first three quarters of the year jumping to $13.5 billion, an increase of 2 per cent when compared to the period last year. However, heavy rainfall combined with other operational expenses to squeeze profit margins in the third quarter.

The Group generated $4.4 billion in revenue in the third quarter, a decrease of 2 per cent when compared to the same period last year. The Group attributed this to the unusual heavy rainfall which negatively impacted sales volumes and the higher operational expenses resulting from the timing of major maintenance performed on equipment. Profit margins hardened during the quarter as the net profit for the third quarter shrunk to $77 million, a massive 70 per cent decline when compared to the corresponding period last year.

The overall net profit achieved for the first nine months of $1.6 billion, is an increase of 20 per cent over the corresponding period last year. This resulted in earnings per share of $1.85.

According to Carib Cement, it has been focused on the modernisation of the cement plant in the east Kingston community of Rockfort, in keeping with its belief that a strong local industry is key for the development of the country and central to building a greater Jamaica.

The operations of the plant have been boosted over the past four years by an investment of more than $22 billion in capital expenditure and more than $500 million in training, health and safety, and improving the environment of the plant.

The company has been partnering with the government to conduct a pilot project to utilize scrap tyres in its kiln. During the pilot phase, about 200 truckloads of tyres will be transported from the Riverton Disposal site to the Rockford plant.
We are aiming to ensure that the project will result in a safe and sustainable removal of tyres from the Riverton Disposal Site and the results of the trials will be made available to the public soon, CCCL said.
Read 315 times
Tweet
Published in Business