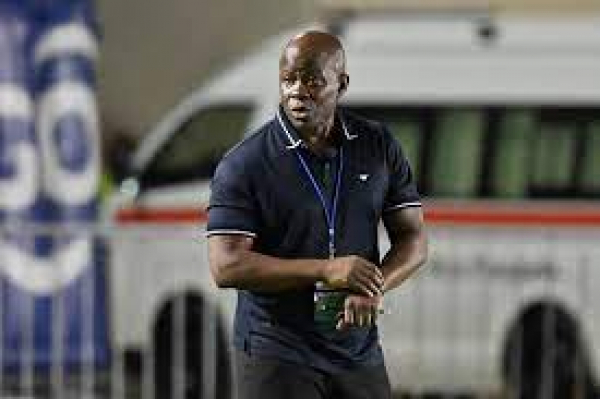 Former interim head coach of Jamaica's national men's senior football team Paul Hall has broken his silence around his relationship with the Jamaica Football Federation (JFF), outlining several issues that plagued his tenure, including unpaid remuneration, poor management, and a lack of support from the administration.

Hall said, despite his efforts, his position with the JFF top brass had become untenable with his comments arriving ahead of the JFF's unveiling of Icelander Heimir Hallgrimsson as the new Reggae Boyz head coach, which is scheduled to take place on Friday.

"I have made this decision to speak out after a lot of deliberation and with a heavy heart, as it has been my dream role since playing for Jamaica at the 1998 World Cup," said Hall in a release. "I was proud and honoured to be appointed interim head coach."

The Jamaican World Cup 1998 representative said he had developed a long-term strategy designed to develop Jamaican youngsters and the coaching staff while recruiting suitable talent for the squad, but suggested that the team was hamstrung by issues off the field.

"I am ambitious and set myself and those around me – on and off the pitch – the highest standards. That is the only way for any team to drive forward and achieve success as a whole group.

"This means the team being professionally organised on the pitch and behind the scenes, fully resourced with everyone pulling in the one direction. Without this, it is very difficult to be successful and achieve your goals. A successful organisation must act with transparency, openness, objectivity, leadership, selflessness, integrity, accountability and honesty.

He noted that the controversial issues surrounding the Suriname match in June, when players threatened to strike and demanded the removal of JFF General Secretary Dalton Wint, leading to his own resignation, added further strain to the relationship.

"I felt I had to resign as so many of my requests, such as the standard of the training pitch, additional kit for cold weather in Canada, and in particular, organisation of transport, were well below par. It is important to note that whilst I handed in my resignation, I was prepared to continue to manage the team for those last three games," said Hall.

"After qualifying for the Gold Cup and with the situation within the administration strained. I felt my position had become untenable. I was still being expected to be part of conference calls, team talks, and match day selections, but my role, contract, and remuneration questions were being ignored," he added.

"I have tried multiple times to make this work for the federation, myself, and my family. Since I was a young man playing for Jamaica, my dream was to manage them to great success. However, I am a man of integrity, standards, and principle. I don't believe there are any current international managers who have played that number of games, created a long-term strategy plan, brought in new players without pay. Some remuneration was received on September 8, 2022, the first since last year. However, even this is still nowhere near the full amount."

In spite of his issues with the JFF, Hall welcomed the incoming coach and says he is hoping he will deliver greater success to the programme.

"I have not taken this decision to speak out lightly and I wish every success to the future manager, the players, and, of course, the 12th man on the pitch, our dedicated fans of the Reggae Boyz. I am an honourable man who is passionate about football and the country. I felt it was important for my voice to be heard," said Hall.

Hall served as assistant coach to Theodore Whitmore before taking over on an interim basis following Whitmore's dismissal in December last year.

He is also a coach at English Football League (EFL) Championship side Queens Park Rangers.

More in this category: « Iceland's Heimir Hallgrimsson expected to take over as Reggae Boyz head coach
back to top