Peter Phillips rises to the occasion third time around Featured 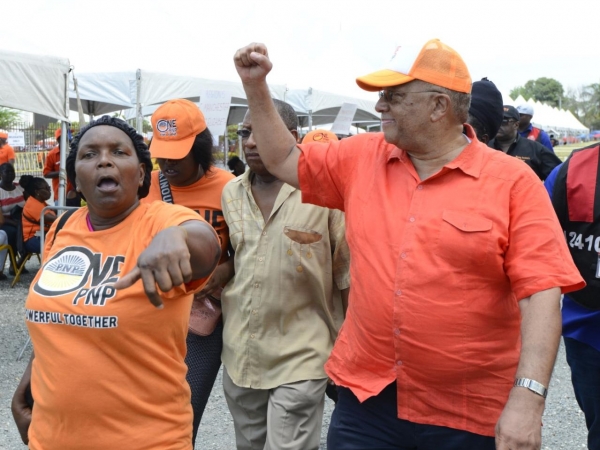 The third time is the charm for Opposition Leader, Dr Peter Phillips, who, in defeating Peter Bunting by 76 votes on Saturday to remain President of the People’s National Party (PNP), was winning for the first time in three attempts.

At the end of a bruising three-month campaign, Phillips handed Bunting perhaps his worst ever birthday present in his 59 years, as the special delegates’ conference to elect the party president coincided with Bunting’s birthday.

The leadership race culminated with a vote that saw 96 per cent of 2,908 eligible delegates casting their ballots. Bunting polled 1,351 votes to Phillips’ 1,427. Seven ballots were spoiled.

The election represents the narrowest margin of victory for any of the last three PNP presidential races. Phillips had lost twice to Portia Simpson Miller in 2006 and 2008. However, he was selected to the post in 2017 after Simpson Miller, then Opposition Leader, retired from active politics after 43 years.

Now the delegates voted to keep Phillips in the post.

Speaking to the supporters of his OnePNP team shortly after the announcement was made by PNP General Secretary, Julian Robinson, Phillips signalled that he will be moving to unify the party.

More in this category: Reid and co-accused could sue the state, says Wildman »