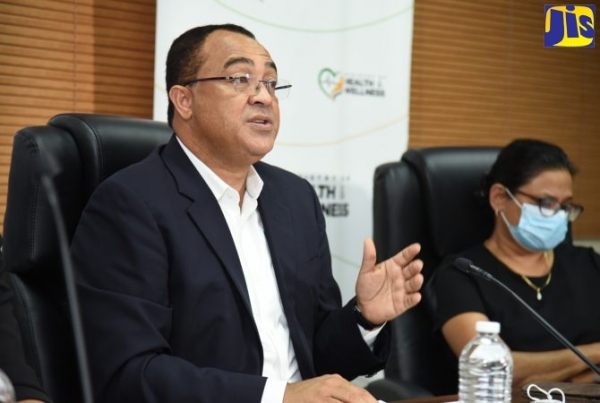 Six new samples have tested positive for the coronavirus (COVID-19) in the last 24 hours, which brings the total number of confirmed cases in Jamaica to 1,071.

Minister of Health and Wellness, Dr. the Hon. Christopher Tufton, gave an update during the Ministry’s COVID Conversations Digital Press Conference on Thursday (August 13), at the Ministry’s offices.

He said the newly confirmed cases are one female and five males with ages ranging from 10 to 61 years of age.

The cases were recorded in the parishes of Kingston and St. Andrew, with three cases; St. Thomas, with two cases, and St. Catherine, with one case.

“Three [of the newly confirmed] cases are contacts of confirmed cases and three are under investigation,” the Minister informed.

“In terms of recoveries, one additional case has recovered and has been released from care. Total recoveries are now at 754 (70.7 per cent recovery rate),” he added.

Dr. Tufton noted that there are now 241 (22.5 per cent) active cases currently under observation, six moderately ill patients, and one critically ill patient.

The 1,071 cases are classified as 388 imported; 340 that are contacts of confirmed cases; 75 local transmissions, not epidemiologically linked; 236 related to the workplace cluster in St. Catherine; and 32 are under investigation.

Sixty-two (5.8 per cent) patients have been repatriated to their countries of origin.