St Thomas - A Parish of Neglect and Woes 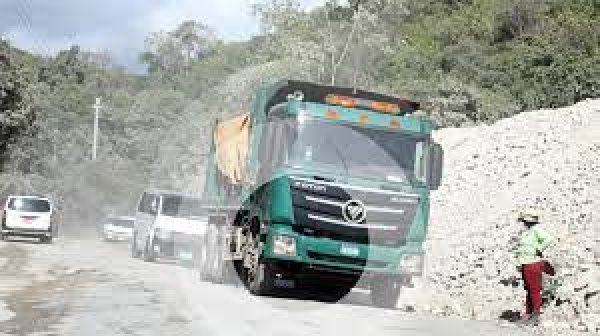 Having travelled home recently and expecting a smooth ride from Norman Manley International Airport, based on the improvements that I had heard about from Bull Bay into my neck of the woods in St Thomas, I was surprised by a road development nightmare.

The roller-coaster ride was not just unique but surfacing on the web, a ditch transformed into a swimming pool in the middle of the road, while trucks were spotted trapped in a ditch along the main road, despite no extensive flooding, added a new dimension to the road redevelopment programme.

Looking more closely at the road reconstruction, not much seems to have been learnt since 1998 when the resurfacing of the Phampret to Morant Bay main road was done by Y P Seaton and Associates. At that time one-half of the roadway was paved after other infrastructure, like pipelines, were put in. That common sense approach allowed for smooth driving and less dust nuisance on one side, then the other side was paved. It's not rocket science as it has been done elsewhere with more electronic, electrical cables, pipelines, and gas lines.

It appears that the agencies are at loggerheads, except for a portion of the development being done by the Chinese on the Bull Bay leg. Speaking to locals they complained of the nonsensical approach which allows for massive dust nuisance, which, in time, will cause some health problems for the residents. Such concerns do not seem to have been taken into consideration. Then there is the drama of motor vehicles, particulary taxi drivers, who know how to hustle and weave their way on this massive ill-organised development among various agencies. The taxis undertake and overtake at any point. Absolute madness!

The residents also say several places have been paved, then someone recalls that some cable or pipeline needs to be laid, so they go back to square one of redigging trenches, creating more agony for everyone. I believe that when a contract is given, completed on time, within budget, then an incentive should be provided. If such contact overruns and then more money is borrowed to offset those expenditure, such is an incentive for more overruns and delays – a retrograde economic strategy.

A pastor at the local Seventh-day Adventist Church in Hampton Court last Sabbath was more optimistic than me about the development, having travelled into the parish. He told the congregation that more pain means more gain in regards to the road development. But I knew that Jesus took the sacrifice to ease some of our pain long ago and with Google being a vital tool, someone could have researched road construction just like how they purchase vehicles from Japan.

I must say the idea of road development and putting in place other infrastructure is a great one, but we should not give electrical work to plumbers just because they own or have access to plyers.

The water woes have also indicated to me that not much learning has taken place. In the year 2000 – 22 years ago – a development of the Pleasant Hill water source should have solved the water problems in the eastern tip of the parish. Not so, the learning that I have seen is larger jugs and more vehicles transporting those jugs of water. Interestingly, when there is no water, all sorts of vehicles are on the hustle, engaging in the seemingly lucrative business of selling water. The residents say the water woes become more acute depending on who in authority is at work.

However, despite the exorbitant cost of an experience at Bath Fountain in Bath, the home of Miss World Toni-Ann Singh, it was nice to be home enjoying the beaches, catching up with locals, experiencing the sun and cool breeze, and eating fresh food, breadfruit, ackee and salt fish at high prices as well as enjoying a cricket match in Wheelerfied, they all brought back glowing memories.

See 'oonu' again soon when the road and swimming pool should be a different experience.

The dormant ecotourism attraction in Holland Bay with enormous potential may soon become a reality as a local resident has seen the vision and has begun to make it a water sport area with other attractions in this contemporary era.

More in this category: « Murders Continue to Rise in Jamaica Lt General Rocky Meade Appointed Cabinet Secretary »
back to top