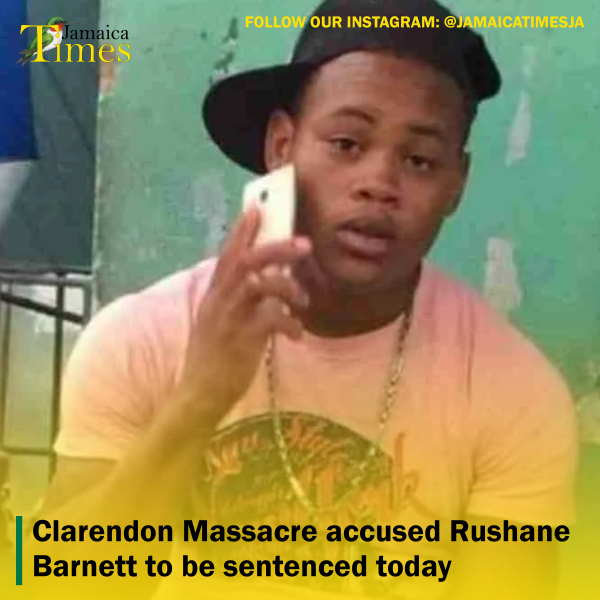 Rushane Barnett, the man charged with the murders of a mother and her four children in Cocoa Piece, Clarendon in June, is to be sentenced today.

Barnett pleaded guilty to the charges in July when he appeared in the home circuit court in Kingston.

They were found dead inside their homes on June 21 with stab wounds and their throats slashed.

The prosecution said it was seeking the death penalty in Barnett’s case.