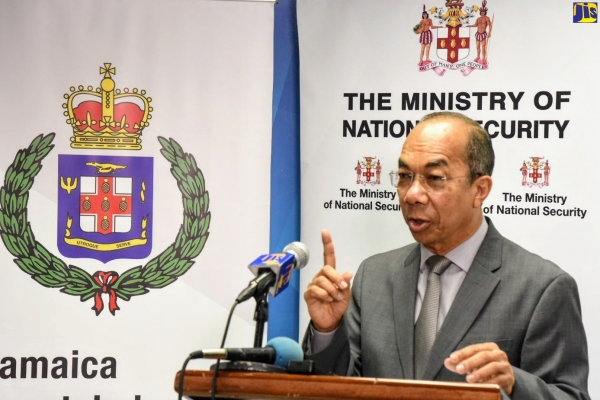 This action, the Minister said, “exemplifies the fact that a few persons in the country, continue to betray the accepted morals and values of society. Jamaica is known for its inclusiveness and seeks to welcome cultural diversity as outlined in Bob Marley’s song ‘One Love’ and exemplified by our motto ‘Out of Many One people’.”

“I reject strongly this type of behaviour and have asked the Jamaica Constabulary Force’s (JCF) Counter Terrorism and Organized Crime Investigation Branch (C-Toc) to investigate and identify the perpetrators and analyse for any real risk”, the Minister said.

The Ministry calls on all Jamaicans, to embrace inclusiveness and join in condemning acts of anti-Semitism and to LIV GUD. It is important that as nation there is a reclaiming of values and norms that ensure the safety of our citizens and visitors.

The Minister of National Security wishes to reassure the public that “there are continued efforts from the Ministry, both at the policy and operational side in providing for the tenets of public order, security and safety”.

More in this category: « Ammo found in St. Mary Reid, Pinnock back in court next month seeking judicial review in corruption case »