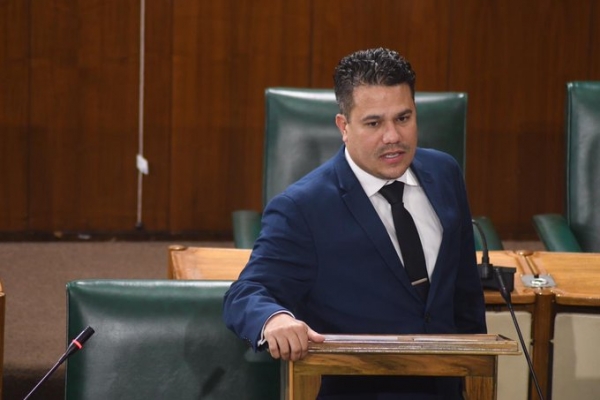 Minister without Portfolio in the Ministry of National Security, Mathew Samuda, is dismissing a report in the print media that the government is currently conducting a gun amnesty.

The Minister was responding to a Gleaner article on Sunday which commented on the ‘Stop the Killing…Get the Guns’ initiative.

The initiative pays out substantial sums for information leading to the recovery of firearms.

The experts quoted believe the programme is the government’s latest gun amnesty initiative.

They are calling for the government to rethink the current strategies employed by the security forces, if Jamaica is to see a reduction in serious crimes any time soon.

Minister Samuda says the initiative while not an amnesty is already reaping substantial success.

The Minister also dismissed suggestions the government’s crime fighting strategy is not performing.

More in this category: « Covid-19 – We’ve Come Too Far to Turn Back Now! Wheatley and Jackson spar over Portmore parish status »