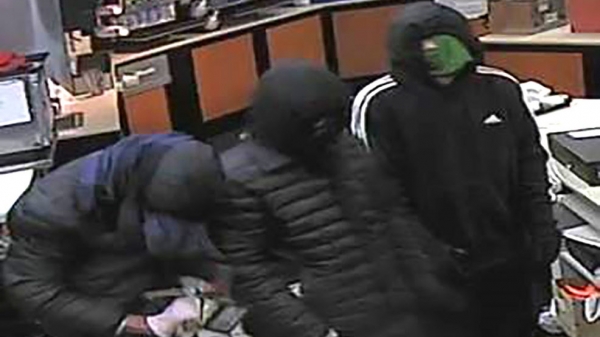 Police negotiators from the Jamaica Constabulary Force successfully de-escalated a hostage situation at a business place on Molynes Road, Kingston 10 on Monday, September 09, securing the safe release of several hostages and the surrender of the hoodlums.

The situation reportedly began unfolding when two armed men went to the premises and attempted to rob the operator and patrons. However, when the Police team’s speedy response surprised the robbers before they could escape, they locked themselves inside the building, taking the owner and the patrons as hostages.

Senior Superintendent of Police Maurice Robinson, acting head of the Area 4 Police Division, coordinated the Force’s resources and the JCF’s Special Weapons and Tactical Team (SWAT) was called in. After an expert marathon negotiation, the police de-escalated the situation and the robbers surrendered. The premises was then breached and all the hostages were safely rescued by the highly trained SWAT.

The would-be robbers were safely taken into custody and detectives and forensic scenes of crime investigators were summoned to conduct preliminary investigations.

The identities of the persons taken into custody have been withheld pending further investigations.

Updates will be provided when available.