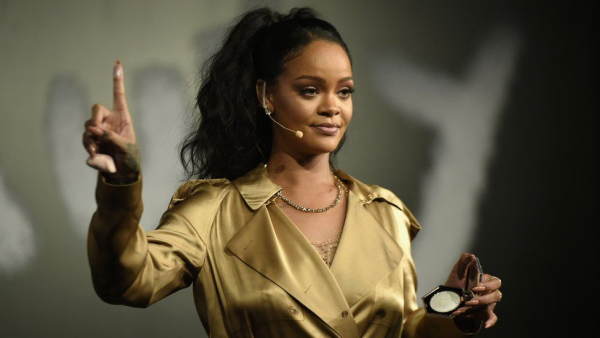 Rihanna is now the youngest self-made billionaire woman in the US — knocking Kim Kardashian to second place.

The Bajan superstar has accumulated a net worth of $1.4b at the age of 34 through her own music and entrepreneurial ventures.

The singer and Fenty Beauty CEO recently graced Forbes’ annual list of America’s richest self-made women for the third year in a row. She ranked 21st overall and is the list’s only billionaire under the age of 40.

According to CNBC, some of Rihanna’s $1.4 billion net worth is from her successful music career, while most of it is from her three retail companies: Fenty Beauty, Fenty Skin and Savage X Fenty.

In March Bloomberg reported Savage X Fenty lingerie was working with advisors on an IPO that could potentially be valued at $3 billion. Rihanna owns 30 per cent of that company and owns half of Fenty Beauty, which generated $550 million in revenue in 2020. The other half of the company is owned by French luxury fashion conglomerate LVMH, CNBC reported.

However, Rihanna has said that her focus is not on valuations and accolades. In fact, she stated in 2019, during an interview with The New York Times’ T Magazine that because she never planned on making a fortune, reaching financial milestones was “not going to stop me from working.”

The nine-time Grammy Award winner, who welcomed a son with artiste A$ap Rocky in May, also said she wants to give that money away to causes that matter.

“My money is not for me; it’s always the thought that I can help someone else,” she said. “The world can really make you believe that the wrong things are a priority, and it makes you really miss the core of life, what it means to be alive.”

In 2012, Rihanna started a philanthropy fund, the Clara Lionel Foundation (CLF) which aims to “support and fund groundbreaking education and climate resilience initiatives,” according to its website.

One of its first initiatives, which launched a year after the foundation began, raised $60 million for women and children affected by HIV/AIDS through sales from the singer’s lipstick line with MAC Cosmetics. And in January, CLF paired up with Twitter co-founder Jack Dorsey’s #SmartSmall initiative to donate a combined $15 million to 18 different climate justice groups.

The next-youngest billionaire on Forbes’ list is 41-year-old Kim Kardashian, who has a net worth of $1.8 billion.

Kardashian and her sister Kylie Jenner – who, at age 24, is the youngest non-billionaire on the list, with a net worth of $600 million – have also found success in both entertainment and retail, including their respective makeup lines.

More in this category: « Cardi B Samples Electric Boogie, Credits Bunny Wailer Jimmy Cliff Says Director Told Him He Was A ‘Better Actor Than Singer’ »
back to top