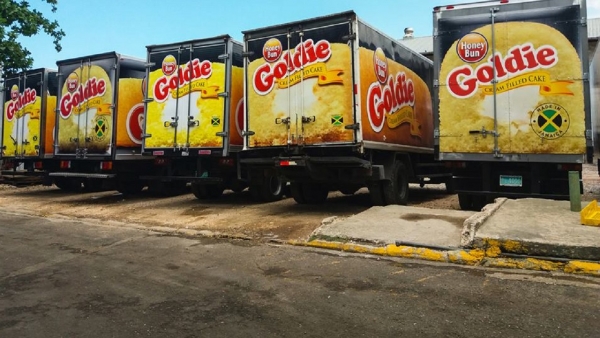 According to chief executive officer (CEO) Michelle Chong, in the company’s report to shareholders, HonBun’s third quarter performance was more robust relative to the same period last year and will deliver “sweeter” returns to shareholders.

The quarter’s revenues of $394.4 million were up 19% over prior year, which Chong believes is due to increased capacity from the company’s plant and machinery upgrades. Gross profit of $189.0 million was up on prior year by 29%, whilst the gross profit ratio closed at 47.9%, compared to 44.1% in the prior year.

Operating expenses were $153.7 million, a 12% increase over prior year. Profit before tax for the quarter was $32.3 million, or 258% more than the same
period last year.
The outlook is very saccharine for the Jamaican baking company.
“In June, we introduced a new line of burger buns, the Shorty burger bun, packaged for the retail sales market. The product is doing well and we look forward to further build out of this line,” Chong said.
The company also sweetened the deal for consumers with the rollout of  new eye-catching packaging on its primary products.
“We will give them a new look and feel, but the same deliciousness our customers have come to know and enjoy. We are very optimistic about the future, and continue to build on
our capacity and business intelligence to meet the opportunities ahead,” Chong added.
According to the report, for the nine-month period, total revenues amounted to $1.17 billion, or 16% over the prior year, whilst gross profits were $565.5 million or 24% over the same period last year. The Gross profit ratio also saw improvements, closing the period at 48.3% compared to 45.2% last year. Operating expenses of $421.9 million were up 15% over prior year, due mainly to increased sales and marketing spend as well as staff training and development costs. Export sales for the nine months increased by 157% over prior year period.
Profit before tax for the period amounted to $144.5 million, an 80% increase over the same period last year.

Total non-current assets of the company at the end of the period stood at $589.4 million, a $69.5 million increase over the same period last year. Of this amount, $54.8 million was due to spend on property plant and equipment. Total cash and cash equivalents were $147.5 million, or $63.4 million over prior year, whilst
shareholders’ equity closed the period at $729.7 million or 22% over prior year.
At a board meeting held on June 12, 2019, the Board of Directors approved a dividend of $0.03 per share, payable on July 9, 2019, to shareholders on record at June 25, 2019.
In May, Honey Bun underlined its commitment and support for education with its ‘Donuts for Teachers’ campaign.
“We plan to continue this program as a signature of our support for education,” Chong said.
Read 270 times Last modified on Tuesday, 05 November 2019 15:16
Tweet
Published in Business