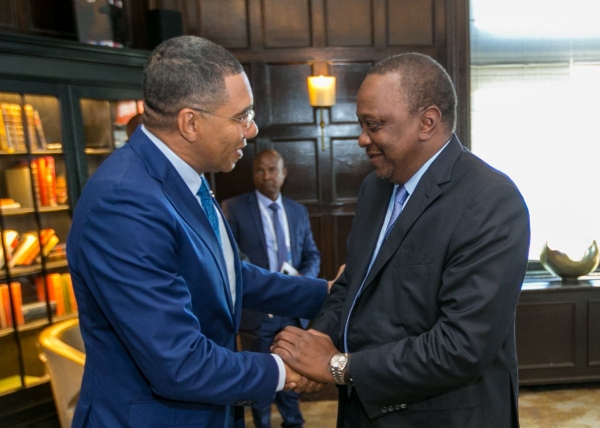 The Prime Minister’s five-day working visit is in line with preparations to finalise the Post-Cotonou negotiations as well as the revision to its Constitutive Act, the Georgetown Agreement.

At the 110th Session of the ACP Council of Ministers which will precede the Summit, Ministers will appoint the next Secretary General for the term 2020 to 2025. The tenure of the current Senior Management Team expires on February 28, 2020.

In the meantime, Prime Minister Holness is expected to meet with Government officials in Kenya and the Jamaican Diaspora in Nairobi.

In August, President of Kenya, Uhuru Kenyatta visited Jamaica as the official guest of the Government for Independence celebrations.

Prime Minister Holness will arrive in Nairobi on Saturday, December 7.

Minister of National Security Hon. Dr Horace Chang will be in charge of the Government for the duration of the Prime Minister’s official engagements overseas.

More in this category: « SSP Lindsay returns to CCU Government will not relent against criminals, says Holness »