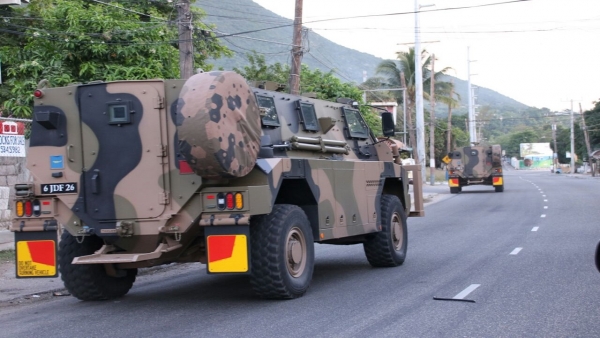 The figures show that as of this weekend, 1,101 people have been murdered in Jamaica this year. That’s seven more murders in the island compared to a similar period last year.

The St Andrew South Police Division, which is under a State of Public Emergency, remains the most crime plagued parish in the country, with 147 people being murdered in the division so far this year.

In 2018, the  St Andrew South Police Division, recorded 126 murders and was consistently among the most murderous parishes.
Other parishes enjoyed a marked reduction in murders as a result of the SOE.

According to the statistics, murders in Westmoreland this year have declined by 42%. While Hanover has experienced a 46% reduction in murders this year and 13% in Clarendon – all under States of Public Emergency.

The JCF statistics show that St. Mary has recorded a 48-per cent decline in murders this year.

There’s also been a 24% decrease in murders in West Kingston, a 25% in Portland and an 11% decline in the St. Catherine North Police Division.

But, the figures show that St. James has experienced a 48% spike in murders in 2019.

A state of public emergency was re implemented in St. James in April this year when there was a sharp 70% spike in murders in the parish.

That spike followed the discontinuation of the State of Public Emergency in January this year despite the measure having contributed to over two hundred fewer murders in the parish the previous year.

The latest JCF statistics show that the Kingston Central Division has recorded an over 100% increase in murders this year.

29 people have been murdered in the Kingston Central Division this year.

That’s compared to 13 people during the corresponding period for last year.

Manchester has recorded a 37% spike in murders this year.

While in the St. Andrew Central Division, murders have increased by 23%.

The figures show that shootings across the island are up by 7%, while reported incidents of rape have declined by 7%.

Cases of larceny have decreased this year by 1% but reports of break-ins have increased by 5%.
Read 376 times Last modified on Thursday, 07 November 2019 17:15
Tweet
Published in News

More in this category: « Government Will Not Relent in Ensuring the Safety of Jamaicans – Chang Special Security Measures Coming For Christmas - Chang »